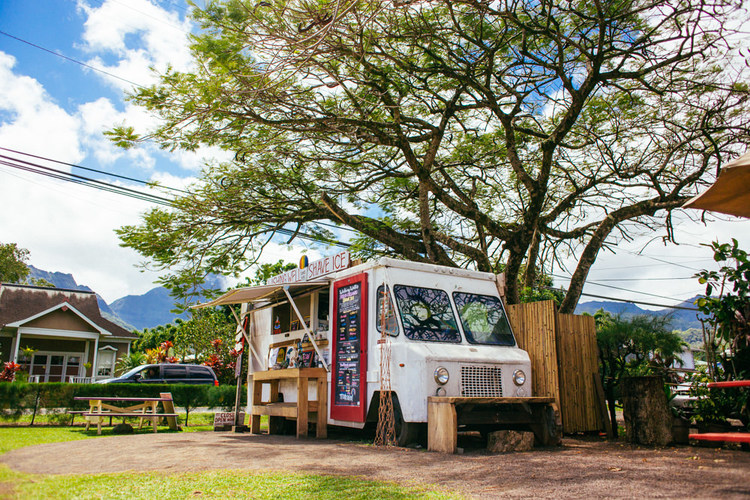 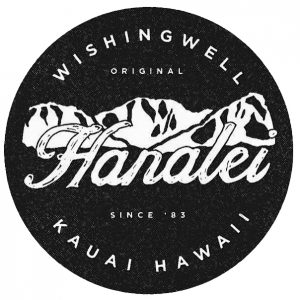 Wishing Well Shave Ice is our ‘go to’ when we are on Kauai’ North Shore.  Not only do they have hand’s down the best organic (and real sugar kine) shave ice on the island they have incredible Acai bowls, cold-pressed coffees, and a bunch of other treats that will leave you coming back form more…. and more… AND MORE!  The Wishing Well owners are rad people too… feels good to support them and keep our taste buds happy at the same time… Gotta check em out’! 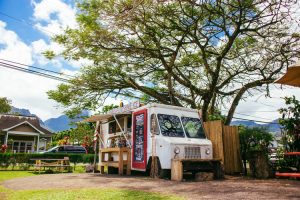 Founded in 1983, Wishing Well Shave Ice has been a iconic figure to the Hanalei experience here on Kauai. With Kauai natives and new owners Jesse Merle Jones and Aamion Goodwin the shave ice stand has taken a new direction to a healthy and organic approach to shave ice, coffee, and aca’i bowls. With a deep commitment to the community, Jesse and Aamion put their pride and joy to making the best possible shave ice combined with the most at home feel for visitors to Hanalei. Making for a memorable and healthy experience every time! Please feel free to stop by and enjoy what we love to do for you! 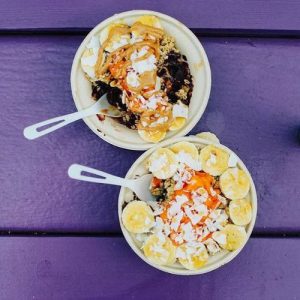 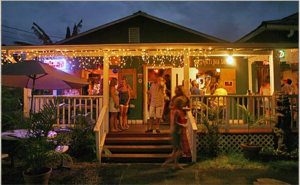 Everybody Loves the “Nui” 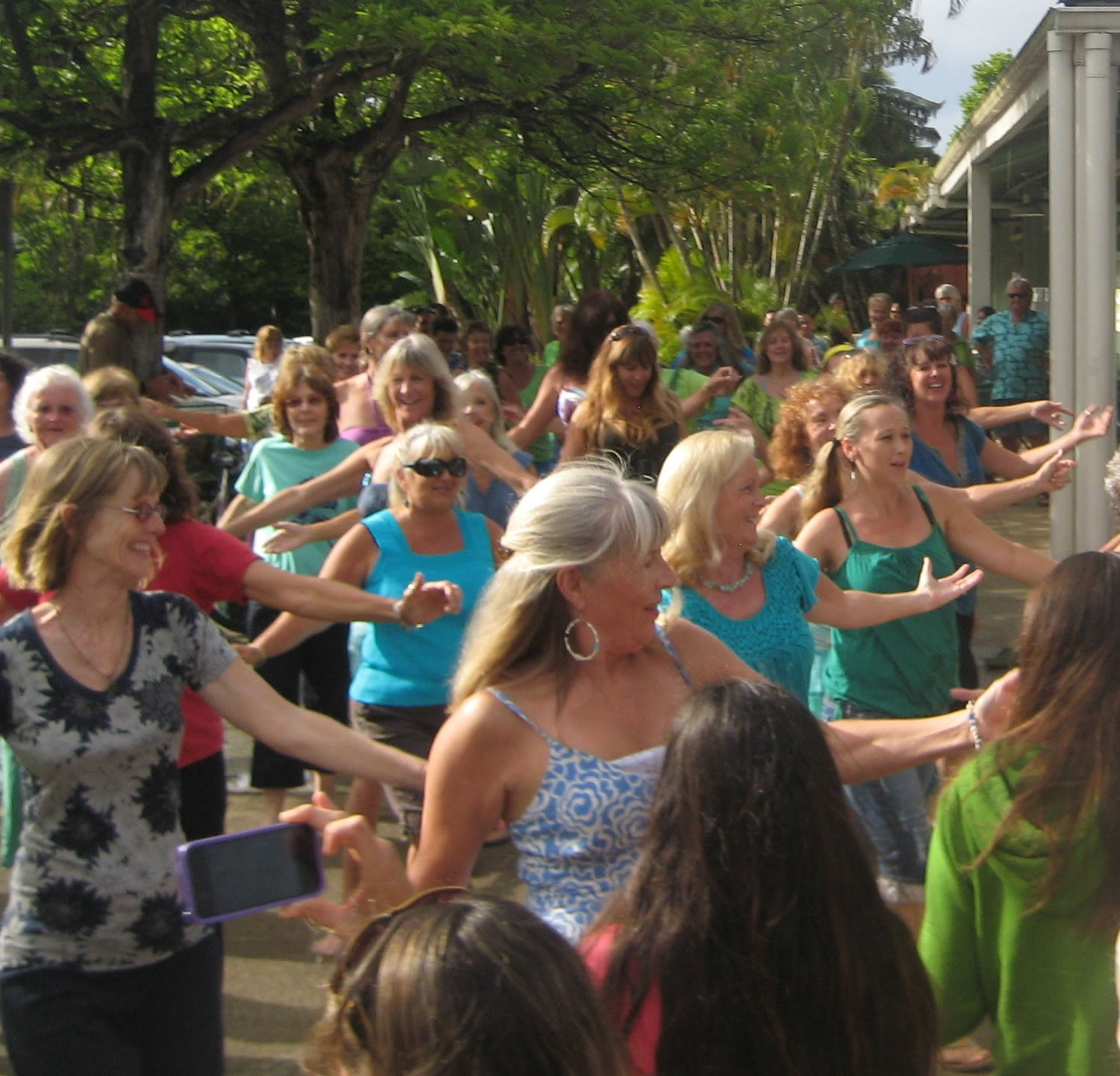 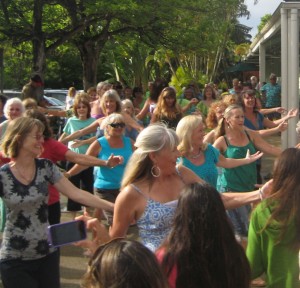 Visitors to Foodland in Princeville and Bubba’s Burgers in Hanalei have been surprised lately by more than the prices.

Yes, folks, the flash mob has come to Kauai:

END_OF_DOCUMENT_TOKEN_TO_BE_REPLACED 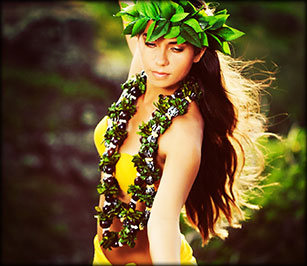 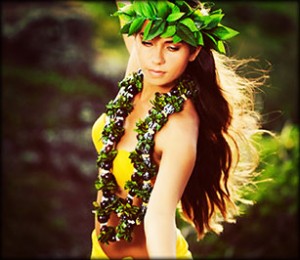 Hula is a uniquely Hawaiian dance accompanied by chant or song that preserves and perpetuates the stories, traditions and culture of Hawaii. Hawaiian legends tell stories of hula beginning on the islands of Molokai and Kauai. Today, this enchanting art form has become a worldwide symbol of Hawaiian culture and the beauty of Hawaii’s people. The popularity of hula has spread to the U.S. mainland, Japan and even Europe.

There are many types and styles of hula. Hula auana (modern hula) is danced to western influenced music and features a more modern and fluid style. This is the most familiar type of hula to visitors. Hula kahiko (ancient hula) is danced to dramatic chants and percussion with more traditional costumes.

Where can I see hula?

You can see authentic hula throughout the islands at seasonal festivals and competitions as well as live performances at hotels and resorts. The Merrie Monarch Festival (March – April) held in Hilo on Hawaii, the Big Island is the world’s premier hula competition, but tickets can be tough to get. Other outstanding hula events are held throughout the year in Hawaii. The Prince Lot Hula Festival (July), as well as the Kauai Mokihana Festival(September) on Kauai also feature authentic hula. Molokai, which is especially proud of its hula traditions, celebrates the hula every May at the Molokai Ka Hula Piko Festival.

A luau is another fun and festive place to watch the hula and learn about Hawaiian and Polynesian culture. Fantastic luau venues can be found throughout the islands like the Aulii luau at the Sheraton Kauai, the Paradise Cove Luau or the Alii Luau at the Polynesian Cultural Center on Oahu, and the Old Lahaina Luau on Maui, to name a few. 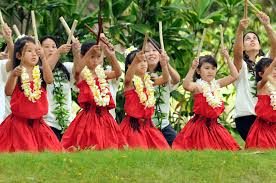 Where can I learn hula?

Hula is traditionally taught by a kumu hula (hula teacher) in a hula halau (hula school). Visitors can get a free lesson at places like the Royal Hawaiian Center or the Waikiki Beach Walk on Oahu. If you’re brave enough, some luau shows even let you take the stage to show off your new hula skills.

Article provided by Go Hawaii and the Hawaii Tourism Authority 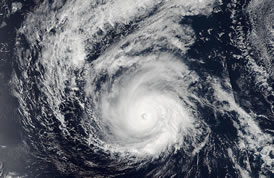 June 1 through November 30 is considered hurricane season in the Hawaiian Islands. And while we may have frequent ‘watch’ reports, it is rare for a hurricane to actually make land fall here in Hawaii. Being hit by only a handful of hurricanes since the 1950s, Hawaii has a history of narrowly avoiding them. 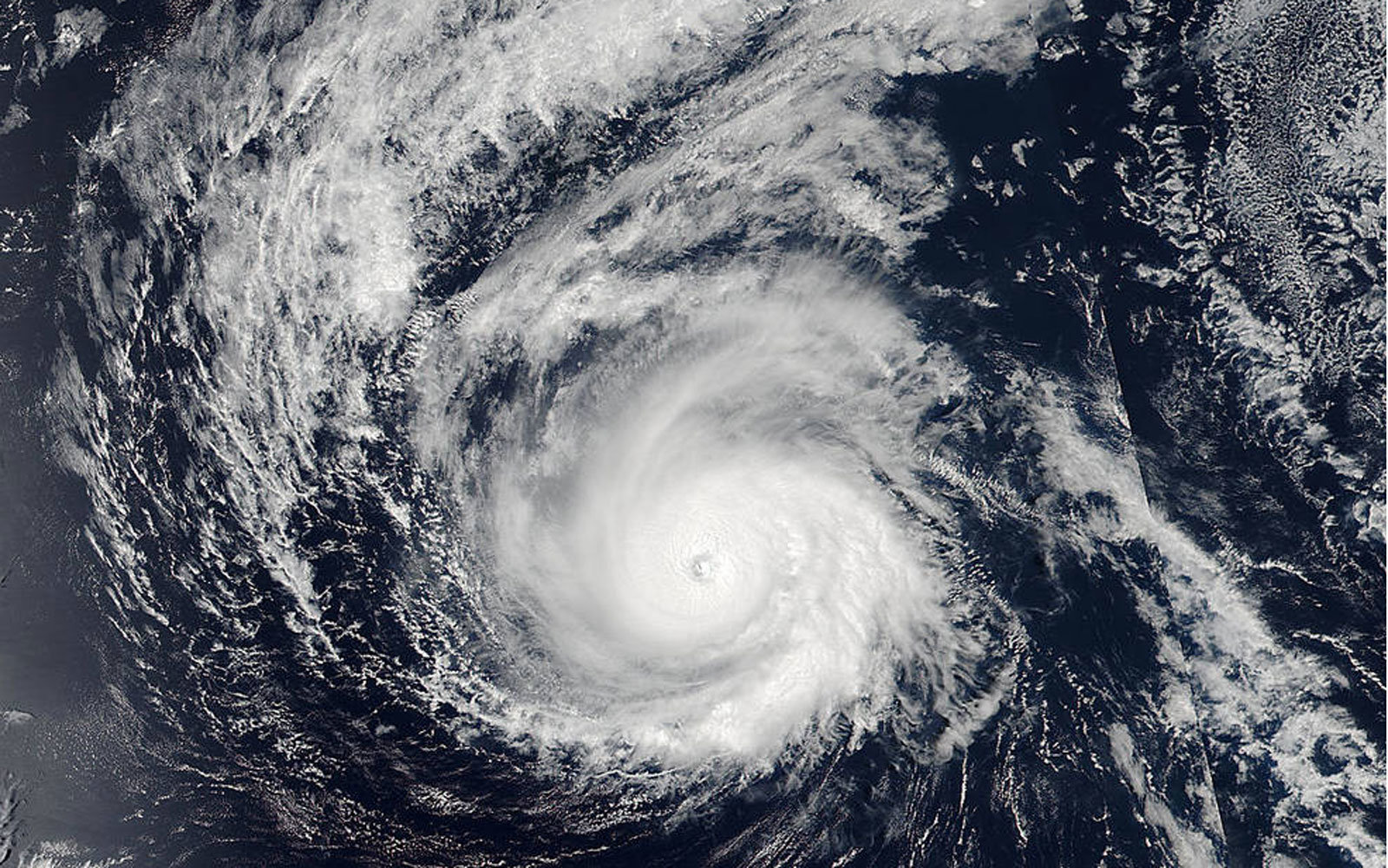 “Hurricanes and tropical storms are normally steered clear of the Hawaiian Islands by a high pressure feature that is typically parked to the northeast of the islands and keeps the weather consistent throughout the year. What that high does is it tends to deflect storms away from the islands,” says meteorologist Michael Cantin. In layman’s terms, we are a tiny target in a gigantic ocean so timing and conditions have to be just right to recieve a direct hit.

That said, it is so important to stay informed and be preparded should we be faced with a hurricane. HNN Hurricane Center provides real time updates and tracking of all weather and storms so be sure to continue to check-in with them. As well, during an emergency or threat of disaster, live broadcast announcements from the NWA (National Weather Announcements) will be made over local tv and radio stations. In the event of required evacuations, shelter location information specific to each island can be found on the following links below:

We realize that while on vacation, this isn’t something that one would want to put their focus on. But vigulance is key when it comes to disaster preparedness. Always better to play it safe then sorry! 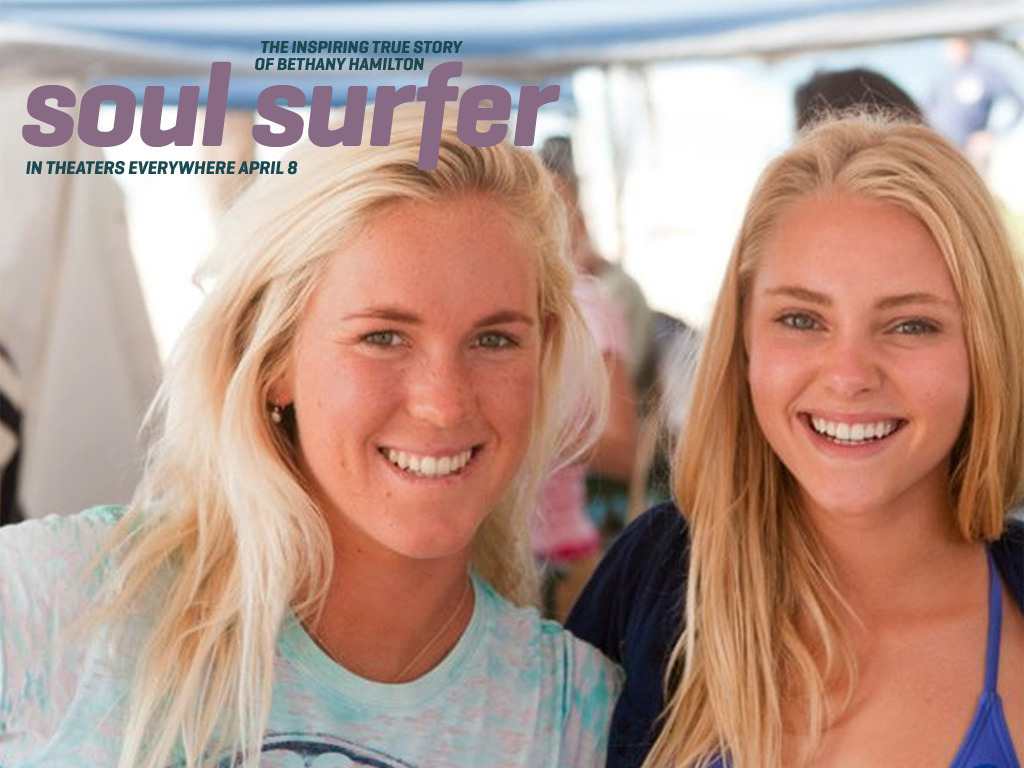 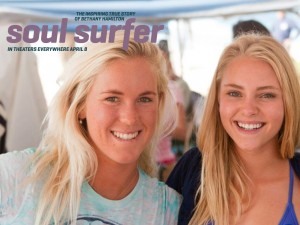 I’ll never forget the sinking feeling in my gut when I heard ambulance sirens screaming toward Princeville. It was a perfectly clear, crisp late October morning – way too beautiful of a morning for anything bad to happen.

END_OF_DOCUMENT_TOKEN_TO_BE_REPLACED 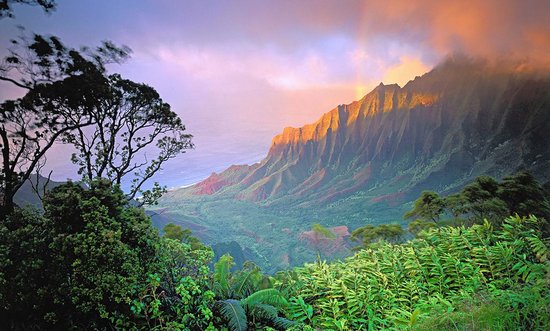 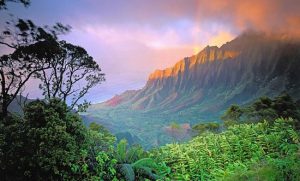 Kauai has been recently named #1 for  ‘Best Trips 2017’ by National Geographic Travel! Gotta check out the incredible article… the garden isle continues to make us so proud!

“No-filter Kauai stole the show in the Jurassic movies and more than 60 other feature films. The island’s ubiquitous aerial tours do deliver jaw-dropping views of the towering Na Pali Coast sea cliffs, cascading waterfalls, and other blockbuster locations. But plunging deep into the Garden Island’s wild side requires hitting a trail. Marked hiking paths lead onto the floor of Waimea Canyon, through the shallow bogs of Alakai Swamp, and across unbelievably lush landscapes. One newer route, the five-mile Wai Koa Loop Trail, passes through North America’s largest mahogany forest. For off-the-beaten-path treks, go with a local, says Hike Kaua’i With Me owner Eric Rohlffs. “A guide can take you to less traveled spots while keeping you safe, and educating you on all things Hawaii, such as identifying instead of trampling plants found nowhere else.” 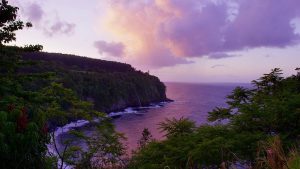 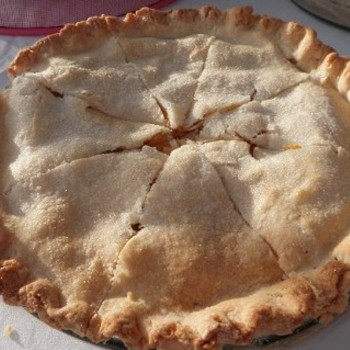 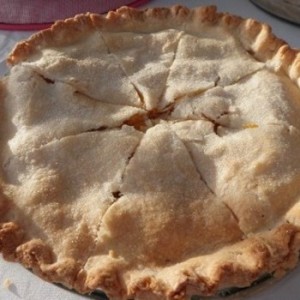 Kauai’s very popular purveyor of fresh pies – The Right Slice Bakery –  now has a retail location in the Puhi Industrial Park in Lihue.

They just had their grand opening (sorry, you missed the pie-eating contest), but you can pick up fresh pies daily from 11-6, or enjoy a slice and a cup of coffee there.

The Right Slice is deservedly famous for their deep dish pies with hand-rolled butter crusts and fillings from local farms, but they’ve recently added savory chicken pot pies to the menu. If you call at least an hour ahead, they’ll pop one in the oven so it’s piping hot and ready to take home for dinner. END_OF_DOCUMENT_TOKEN_TO_BE_REPLACED 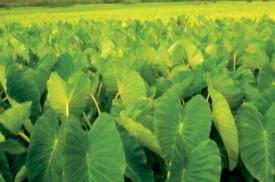 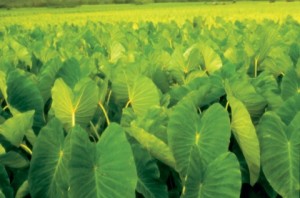 Though I’ve seen it a thousand times, the view of Hanalei Valley’s emerald green taro fields still takes my breath away. END_OF_DOCUMENT_TOKEN_TO_BE_REPLACED 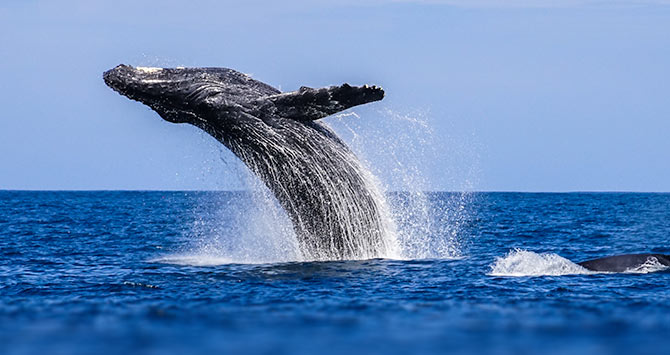 Posted by Jean & Abbott
From December to May, you are likely to catch a glimpse of a majestic kohola, or humpback whale, off Kauai’s shorelines. These gentle giants come to the warm Hawaiian waters every year to breed and give birth to new calves. 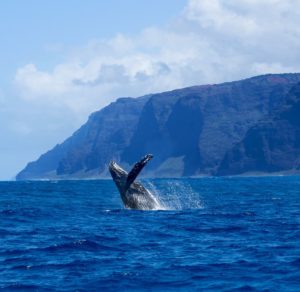 Schedule a tour or charter a boat with our concierge to spot these magnificent creatures!  Treat yourself to scenic ocean views as guides take you to the best spots to observe whales playfully surfacing, tail slapping, or blowing spouts in the air. Regulations prohibit boats from approaching within 100 yards of a whale and you should never swim with or touch whales or any other marine animals.

You can also spot whales from Kauai’s many beautiful beaches, including Poipu Beach on the South Shore, and from scenic spots like Kilauea Lighthouse and the Napali Coast’s Kalalau Trail on the North Shore. On the East Side, the Kapaa Overlook between Kapaa Town and Kealia Beach is another notable viewing spot. Whales are attracted to Hawaii’s warm, shallow waters, so keep your eyes open on the sands of Kauai. 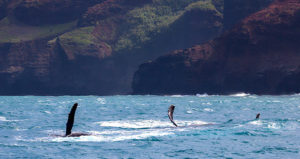 Browse Kauai Vacation Rentals by area from the list below. No matter what side of the Island you prefer, the rugged North Shore or the sun-drenched resort area of Poipu, or somewhere in between, you are sure to find the perfect vacation rental for your next visit to Kauai.

Jean & Abbott Properties offers the largest selection of the finest Kauai vacation rentals including homes, cottages and condos in the most desirable resort and beach communities including: Hanalei, Poipu, Anini Beach, Haena, Kilauea, Princeville, Aliomanu, Anahola and Kapaa. All home rental information, amenities and rates are subject to change and confirmed only on written contract.